“I remem­ber it lit­er­al­ly as if it were yes­ter­day, as I’m sure all Amer­i­cans do,” Mullen, chair­man of the Joint Chiefs of Staff, said dur­ing an inter­view with the Pen­ta­gon Chan­nel in the days before the 10th anniver­sary of the attacks on the U.S. homeland.

On that morn­ing, as hijack­ers flew 767 jets into the twin tow­ers of the World Trade Cen­ter in low­er Man­hat­tan, Mullen was sit­ting in the Pen­ta­gon office of Navy Adm. Ver­non E. Clark, who was then chief of Naval Operations.

Clark, Mullen said, “picked up the phone after the sec­ond plane hit [the twin tow­ers] to talk to the chair­man [of the Joint Chiefs of Staff] … to query what we were doing, in that it appeared that we were under attack.”

“With­in min­utes of the phone call,” Mullen said, “the plane hit the Pentagon.”

To the south­ern Cal­i­for­nia native, the impact felt like an earthquake.

Fifty yards away in his own office, Mullen said, “two of my aides looked out the win­dow and saw a 757 fly in under their feet.”

After­ward, the chair­man said, “most of all I remem­ber the chaos that it gen­er­at­ed, cer­tain­ly here [at the Pen­ta­gon], and the need to find out what had hap­pened. Were any more [planes] com­ing? How do we pro­tect our­selves? How are our fam­i­lies doing?”

A fire­ball of flames and smoke poured from the west side of the Pen­ta­gon, and at that moment Mullen’s wife Deb­o­rah was dri­ving across the 14th Street Bridge. She’d been redi­rect­ed there by police who were try­ing to con­trol traf­fic in Wash­ing­ton, D.C.

She and Mullen had recent­ly moved back to Wash­ing­ton, and that morn­ing she had been on her way from the Wash­ing­ton Navy Yard to a meet­ing 6 miles away at the Naval Observatory.

“I had not lis­tened to the news because I was hur­ry­ing to get to my meet­ing,” Mrs. Mullen said. ” … As I came across the 14th St. Bridge I could see the Pentagon.”

She did­n’t know yet about the planes hit­ting the tow­ers in New York, she said.

“I knew that some­thing very bad had hap­pened at the Pen­ta­gon,” Mrs. Mullen said. “It did not occur to me that we were under attack.”

She turned the car around at the 12th Street exit and head­ed back to the Navy Yard, lis­ten­ing to news reports about the attacks.

“I of course was wor­ried. I knew my husband’s office was on that side of the build­ing and all the oth­er folks who were over there,” she said.

“When I got back to the house there was a mes­sage from him that he was okay and that we need­ed to get in touch with our chil­dren,” she added.

“I knew at that point that our lives had changed for­ev­er,” Mrs. Mullen said. “I did­n’t know how they were going to change. I did­n’t know the extent, the enor­mi­ty of what had hap­pened. I just knew that we were under attack and [expe­ri­enced] all those feel­ings you get of the uncer­tain­ty of life at that moment.”

It’s been an uncer­tain world ever since, she said.

Ten years after the attacks, the chair­man says he is most inspired by the response of young peo­ple to the country’s fight against terrorism.

Mullen was “real­ly struck” after the bin Laden raid in May at the num­ber of young peo­ple — some who must have been 9 or 10 years old at the time of the attacks — who were vis­i­ble in the media, cel­e­brat­ing the suc­cess at Abbot­tabad, he said.

The mes­sage he got as he lis­tened to them “was that they knew some­thing real­ly bad had hap­pened [on 9/11] and it was a big event in our coun­try and in their lives,” Mullen said.

“To see them and hear them speak to that almost 10 years lat­er was pret­ty extra­or­di­nary in terms of under­stand­ing the impact it had,” the chair­man added.

“Every­one is aware that we’re at war, every­one is aware of the threat and yet they do sign up, they do raise their right hand and they come to serve because of [the attacks],” Mullen said.

The Unit­ed States has an extra­or­di­nary mil­i­tary, he added, because ser­vice mem­bers rec­og­nize the need, have a strong desire to make a dif­fer­ence, and are wired to serve and to make that difference.

“I cer­tain­ly have seen that in the extra­or­di­nary young men and women who have made the sac­ri­fices, too many of them the ulti­mate sac­ri­fice, as a result of the deci­sion they made at a pret­ty young age to join the mil­i­tary,” the chair­man said.

“We’re blessed as a coun­try to have them. We’re blessed to have the fam­i­lies who raise young men and women to come and do this,” Mullen added, “and it makes me very proud, not just to be in the mil­i­tary or to be the chair­man but, quite frankly, to be an American.” 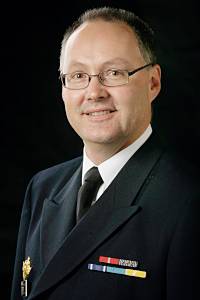 USA — Lynn Thanks Troops for Their Service, Sacrifice 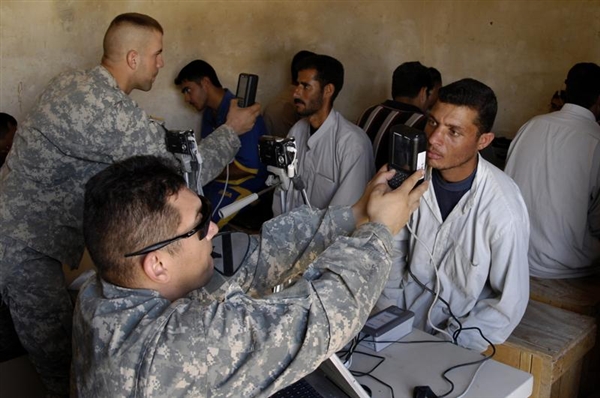 Its China Ties Corroding, Australia to Sign Military Deal with US Ally Japan