WASHINGTON, May 2, 2011 — Osama bin Laden is dead, but al-Qai­da still is dan­ger­ous, CIA Direc­tor Leon E. Panet­ta said today in a let­ter to the agency’s employ­ees.
“Today, we have rid the world of the most infa­mous ter­ror­ist of our time,” Panet­ta wrote in a let­ter post­ed on the CIA’s web­site.

Panet­ta –- who has been nom­i­nat­ed as the next defense sec­re­tary –- said that noth­ing can com­pen­sate those who have lost fam­i­ly and friends to bin Laden and his hench­men, but he hopes the fact that bin Laden is gone will be a source of com­fort “for the thou­sands of fam­i­lies, here in Amer­i­ca and around the globe, who mourn the vic­tims of al-Qaida’s barbarity.”

Panet­ta con­grat­u­lat­ed those who work in the Counter-Ter­ror­ism Cen­ter and the Office of South Asia Analy­sis for their exper­tise, cre­ativ­i­ty and trade­craft. “I also extend my pro­found appre­ci­a­tion and absolute respect to the strike team, whose great skill and courage brought our nation this his­toric tri­umph,” he wrote. Though bin Laden is dead, al-Qai­da is not, Panet­ta said.

“The ter­ror­ists almost cer­tain­ly will attempt to avenge him, and we must — and will — remain vig­i­lant and res­olute,” he said. “But we have struck a heavy blow against the ene­my. The only leader they have ever known, whose hate­ful vision gave rise to their atroc­i­ties, is no more. The sup­pos­ed­ly uncatch­able one has been caught and killed. And we will not rest until every last one of them has been deliv­ered to justice.” 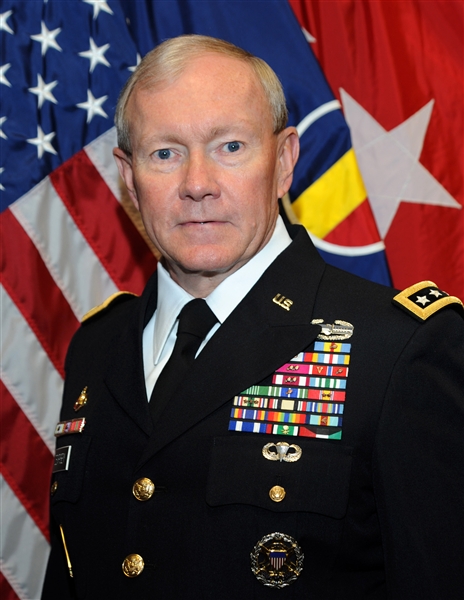 Gates Recommends Dempsey as Next Army Chief of Staff