WASHINGTON, Sept. 9, 2010 — Pres­i­dent Barack Oba­ma will join Defense Sec­re­tary Robert M. Gates and Navy Adm. Mike Mullen, chair­man of the Joint Chiefs of Staff, at the Pen­ta­gon Memo­r­i­al on Sept. 11 to hon­or the mem­o­ry of vic­tims of the 2001 ter­ror­ist attack.

This is a pri­vate remem­brance for the fam­i­ly mem­bers of those lost in the ter­ror­ist attack and is not open to the pub­lic, offi­cials said.

The remem­brance — includ­ing a wreath lay­ing, a moment of silence and the play­ing of “Amer­i­ca the Beau­ti­ful” — will begin at about 9:30 a.m. EDT, and is expect­ed to last less than an hour. The pres­i­dent, the sec­re­tary and the chair­man will pro­vide remarks.

Nine years after the Sept. 11, 2001, ter­ror­ist attack on the Pen­ta­gon, vis­i­tors come night and day to reflect and hon­or the vic­tims at the memo­r­i­al. Just west of the Defense Depart­ment head­quar­ters, the memo­r­i­al park fea­tures 184 stain­less steel bench­es, one for each vic­tim of the attack, each set over a light­ed pool of water.

On a warm day with a blue sky, and with the Pen­ta­gon loom­ing large in the back­ground, Koe­bel­er and Abplanalp were will­ing to dis­cuss what they agreed was a fit­ting memo­r­i­al to the vic­tims of the attack.

“The lights under­neath, you want to reflect back and for­ward,” Koe­bel­er said. “I guess I think that’s what the lights mean. You’re reflect­ing this way — we thought we were imper­vi­ous to all this. But we did get attacked, and it reminds you of how many inno­cents are here.”

Koe­bel­er said she has­n’t been to the nation’s cap­i­tal in a long time. She was vis­it­ing at the invi­ta­tion of Abplanalp, whose hus­band makes fre­quent trips to the city.

Abplanalp said she was at work when she heard about the 9/11 attacks, and said there was­n’t much dis­cus­sion among co-work­ers as they watched the news sto­ry unfold on tele­vi­sions in their building’s ele­va­tor lobby.

“Some­body said a bomb struck the World Trade Cen­ter — we did­n’t even know it was an air­plane,” she said. “And just as we went out there, that’s when both build­ings came down. We were stunned, and nobody knew what to say or do. The only thing we were think­ing was, ‘We need to get home.’ ”

Koe­bel­er said she heard of the attacks on the car radio and had to pull off on the side of the road to make sense of it.

“They did­n’t say the word ‘attack,’ ” she recalled. “I thought, ‘That’s odd.’ The radio announc­er kept say­ing something’s wrong, the plane had hit the build­ing. I went on to work, and the sec­ond one hit while I was at work. Our whole office just real­ly was qui­et and we gath­ered around, and not too many words were exchanged. We did­n’t know what to make of it.”

Abplanalp said the 9/11 attacks have made her think more now about what she does, and that it has affect­ed her life.

“This could hap­pen at any time,” she said. “It keeps you clos­er to your fam­i­ly. You talk to peo­ple that you haven’t talked to in years. You don’t know what will happen.”

She said she and her fam­i­ly have dis­cussed what would hap­pen if an attack were to affect her fam­i­ly more direct­ly than the ones nine years ago.

Koe­bel­er said she and her fam­i­ly have dis­cussed oth­er poten­tial attacks, pos­si­bil­i­ties beyond what hap­pened on 9/11.

“I think you become more cir­cum­spect, because you think, ‘Where will they go again?’ ” she said. “Instead of New York, maybe it’s Mia­mi. Or maybe it’s not even a bomb. We spec­u­lat­ed about maybe water being taint­ed, or some oth­er way they will get to us. We are doing all of our efforts at the air­port, and maybe they have switched strate­gies, and that’s scary for us. My kids and I talk about that.”

The after­ef­fects of 9/11 are far-reach­ing, espe­cial­ly those relat­ed to the con­flicts in Iraq and Afghanistan. Abplanalp said a friend of hers at work has twin sons who serve in the mil­i­tary. And she has seen the effects of the war on that family.

Her friend’s son, she said, had tak­en a life in com­bat dur­ing his deploy­ment and now suf­fers from post-trau­mat­ic stress syn­drome from that experience.

“He suf­fers from PTSD — that’s the first time he’s killed some­body,” she said. “I think that’s when it became real for her. Lis­ten­ing to her talk about it, I was cry­ing because of what hap­pened to her son. I can only imag­ine if it was my son. I’m scared for them, and I hate when they have to go over there. I can only imag­ine being a par­ent of that son or daugh­ter and hav­ing to send them over to fight.”

While nei­ther Koe­bel­er nor Abplanalp knew vic­tims of the 9/11 attacks per­son­al­ly, sev­er­al employ­ees from their com­pa­ny were either injured or killed in the attack on the World Trade Cen­ter tow­ers in New York City. Their com­pa­ny had an office there. They agree the attacks have changed every­thing for them.

“I don’t like all the loss of life,” Koe­bel­er said of the result­ing wars. “Every night I turn on the local sta­tion, and some­body has lost his life — that’s sad. It has changed our world outlook.”

“It’s put our world on edge,” Abplanalp said. “It keeps their eyes open.”

Though the Sept. 11 remem­brance event will be pri­vate, the memo­r­i­al oth­er­wise is open to vis­i­tors 24 hours a day, every day of the year. 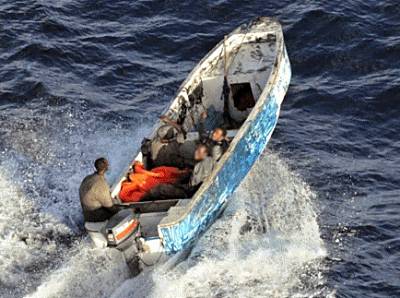