“It is going to be a tough slog” in Afghanistan, Oba­ma told 1st Armored Divi­sion “Old Iron­sides” sol­diers just returned from Iraq, where the U.S. com­bat mis­sion offi­cial­ly ends tomorrow.

“A lot of fam­i­lies have been touched by the war in Iraq. A lot of fam­i­lies are now being touched in Afghanistan,” he said. “We’ve seen casu­al­ties go up because we’re tak­ing the fight to al-Qai­da and the Tal­iban and their allies.”

Oba­ma empha­sized the government’s com­mit­ment to pre­vent anoth­er 9/11-style attack from strik­ing the U.S. home­land. “We are going to go after those who per­pe­trat­ed that crime, and we are going to make sure that they do not have safe haven,” he said.

The pres­i­dent expressed con­fi­dence that the prop­er lead­er­ship and troop strength on the ground will ensure the suc­cess of the U.S. strat­e­gy in Afghanistan. “Now, under the com­mand of [Army] Gen­er­al [David H.] Petraeus, we have the troops who are there in a posi­tion to start tak­ing the fight to the ter­ror­ists,” he said.

“That’s going to mean some casu­al­ties, and it’s going to mean some heart­break,” the pres­i­dent said. “But the one thing that I know from all of you is that when we put our minds to it, we get things done and we’re will­ing to make some sac­ri­fices on behalf of our secu­ri­ty here at home.” 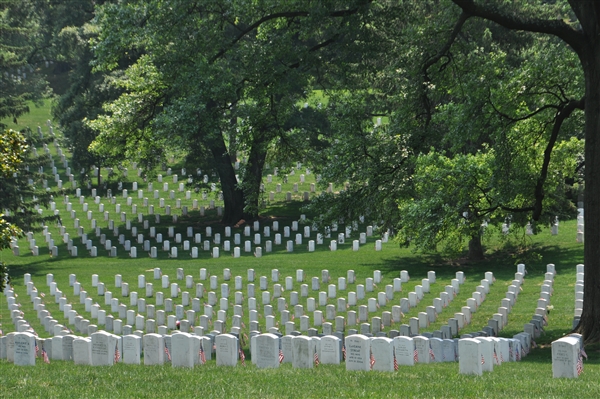 Defeat Is Possible — War on the Rocks