The mil­i­tary will con­tin­ue draw­ing down in Iraq until there are only about 10,000 ser­vice mem­bers left there by the end of this year, and surge forces in Afghanistan will start return­ing this year, Cartwright said. But as the mil­i­tary exits from these con­flicts, oth­ers loom on the hori­zon, he said.

“Today, you have 2.5 mil­lion men and women in uni­form sup­port­ing the per­sis­tent glob­al dis­rup­tion out there. I don’t real­ly see that chang­ing any­time soon,” the gen­er­al said.

In Libya, for exam­ple, the mil­i­tary is con­tribut­ing in ways America’s allies can’t, Cartwright said.

Meet­ing these glob­al chal­lenges in a finan­cial­ly tight future will require more than strat­e­gy or pol­i­cy shifts, Cartwright said.

“We’re not going to change that by mere­ly buy­ing less, and then try­ing to match the same strat­e­gy against less resource. It’s just not going to work,” he said.

“Peo­ple can say we’re going to fix acqui­si­tions, or we’re going to fix require­ments, or change the strat­e­gy and tweak it on the mar­gins, and not do this or that, or we’re just going to cut mon­ey and see what hap­pens,” Cartwright con­tin­ued. “These are all things that we’ve had expe­ri­ence doing before, but the chal­lenge that we face today real­ly has no precedent.

“We’re either going to have to fun­da­men­tal­ly change how we do busi­ness, or we’ll have to step back,” he said. “Those are the stark real­i­ties that face DOD right now.”

Chang­ing the process by which the depart­ment cat­e­go­rizes and pro­cures equip­ment can help ensure expen­di­tures fit the military’s needs, both in the present and the future, Cartwright said.

“Today, we want 15 years to pro­duce a truck — that’s absurd,” he said. “Com­pet­i­tive edge exists in days, weeks and min­utes on the bat­tle­field, not years. If it takes us 15 years to build the next fight­ing vehi­cle and field it, and then the first con­flict comes along and we have to do major mod­i­fi­ca­tions in order to adjust it to the con­flict we’re in, it becomes irrel­e­vant very quickly.”

The cost to the depart­ment then is incred­i­bly high­er com­pared to what is imposed on the ene­my, he added.

To get away from the one-size-fits-all con­cept, mil­i­tary equip­ment will soon be placed in one of three tiers, Cartwright said. The first tier will include items urgent­ly need­ed on the bat­tle­field, regard­less of cost.

“It’s a very dif­fi­cult thing to say, but I don’t real­ly care about how much it costs and I don’t care about per­for­mance,” he said of this cat­e­go­ry. “If I can save one life, I want it in the field now.”

On the oppo­site end of that is the devel­op­ment of a new bomber air­craft, Cartwright said.

“It’s going to take me time because I don’t want to screw it up,” he said. “Cost is very impor­tant, per­for­mance is impor­tant, but I’m will­ing to wait for the attrib­ut­es that I’m going to need on the bat­tle­field for the next 50 years.”

In between those tiers are hybrid pro­grams in which equip­ment is built on the con­di­tion it will be adjust­ed or mod­i­fied to fit the con­di­tions of future con­flicts, Cartwright said.

“We’ll work our way through that to make sure mod­i­fi­ca­tions and updates can occur in stride and that peo­ple are out in the field mak­ing those mod­i­fi­ca­tions as they occur, because we can’t afford to ship equip­ment back and forth, and it’s just too much delay,” he added.

“They are our youth, and they go out there and do this time and time again,” he said. “We owe a debt to them and to their fam­i­lies, prob­a­bly a debt we can’t repay, but we have a moral oblig­a­tion to try and nev­er for­get them.” 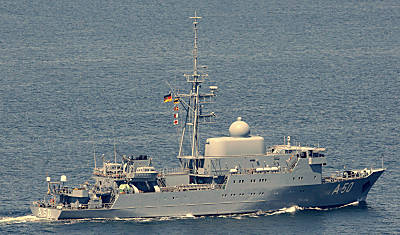 Official: Troops in Central Africa for Months, Not Years