“There were two clouds form­ing, one at 10,000 feet and one at about 4,000 feet, of con­tin­u­ous­ly explod­ing shells, and I knew there was no chance to fly through that and come out the oth­er end,” he said. “But I still did­n’t care. I was going to get my hit. I went down, went through both clouds with­out tak­ing a sin­gle hit, which is hard to imag­ine, and went fair­ly low. … I pulled the release and pulled out, and of course, blacked out.”

Moments lat­er, Davis said, he came to. “Blood came back to my brain, or what was left of it, and I could see again, and I was actu­al­ly clip­ping the spray from the waves,” he recalled. “Anoth­er five feet would have done it. But I had not been hit.”

Despite that mirac­u­lous escape, the pilot was not out of harm’s way yet.

“I was kind of mar­veling that I was still alive,” he said. “But I looked up and saw that I was fly­ing into the side of a Japan­ese ship, the Oyo­do. Before I hit the ship, I rolled the plane on its side, and went through between the No. 2 gun tur­ret and the bridge. And I could see the Japan­ese crew in on the bridge man­ning the wheel, … all in dress whites. I have a feel­ing that that was because they expect­ed to die that day.”

Hav­ing sur­vived the run unscathed and earn­ing the Navy Cross, Davis set­tled down with his fam­i­ly in Cal­i­for­nia. Dri­ves to the Sier­ra Moun­tains for annu­al ski trips inspired him to tell his sto­ry in book form.

“At that time, it was before FM radio and so forth,” he said. “You could­n’t get any­thing the oth­er side of the Sier­ra. So we were dri­ving up and one of my daugh­ters said, ‘Dad­dy, tell us war sto­ries.’ And I had­n’t thought of telling them, … and it became a rou­tine. When we went ski­ing, I told sto­ries going up and back. And final­ly, I had to tell more and more.”

While look­ing back at all his expe­ri­ences may have been a bit chal­leng­ing, Davis said, he had a lit­tle help from diaries he kept dur­ing the war. “I did­n’t know we weren’t allowed to keep diaries,” he said. “Some­how that direc­tive missed me. So I had some­thing to work from and a map of all of our move­ments through­out the Pacific.”

The result­ing book, “Sink­ing the Ris­ing Sun,” doc­u­ments Davis’ ser­vice in the Navy, his expe­ri­ences in World War II, and even his first time in an air­plane. “At the time I vol­un­teered for the Naval Air Corps, I’d nev­er been in an air­plane,” he admitted.

The book has received favor­able reviews, and the 89-year-old for­mer pilot is con­sid­er­ing oppor­tu­ni­ties to pro­mote his memoir.

“I haven’t made it to a big­time, on-cam­era inter­view with any of the talk shows, which I would love to do,” he said.

Australia — Release of the 2011 On Line Public Defence Capability Plan 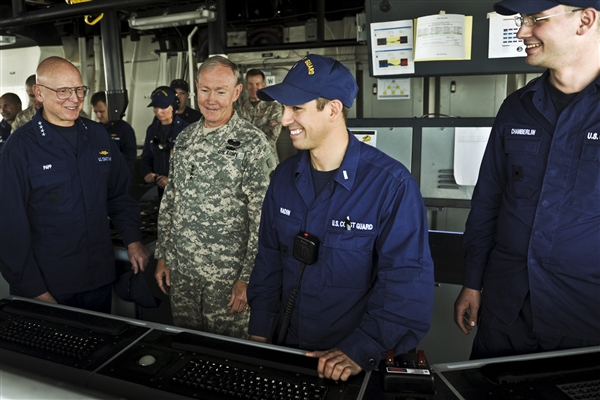