WASHINGTON, May 3, 2011 — Osama bin Laden was not armed, but did resist an Amer­i­can mil­i­tary team raid­ing his com­pound in Pak­istan on May 1, White House Press Sec­re­tary Jay Car­ney said today.
Ini­tial state­ments said bin Laden had been armed, and that he used his wife as a shield dur­ing the raid that killed him.

The team method­i­cal­ly cleared the one-acre, two-build­ing com­pound, mov­ing from room to room in an oper­a­tion last­ing near­ly 40 min­utes, Car­ney said. “They were engaged in a fire­fight through­out the oper­a­tion, and Osama bin Laden was killed by the assault­ing force,” he added.

On the first floor of bin Laden’s build­ing, the team killed two al-Qai­da couri­ers. A woman also was killed in cross­fire. The team found bin Laden and his fam­i­ly on the sec­ond and third floors of the building.

“There was con­cern that bin Laden would oppose [the cap­ture oper­a­tion], and indeed, he did resist,” Car­ney said. “In the room with bin Laden, … bin Laden’s wife rushed the U.S. assaulter and was shot in the leg, but not killed. Bin Laden was then shot and killed. He was not armed.” 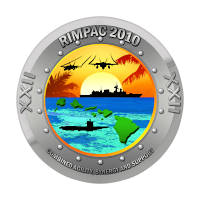