The issue came up dur­ing a ques­tion-and-answer ses­sion with about 300 sol­diers of the 2nd Infantry Division’s 1st Heavy Brigade Com­bat Team.

Gates not­ed that the Sen­ate has passed a bill to change the law, but that the even­tu­al result of the leg­isla­tive process remains to be seen. In the mean­time, he said, the Defense Depart­ment is con­duct­ing a com­plete review of what would be nec­es­sary if the law is repealed.

“If the law changes and we are told to imple­ment it – and we will, if the law changes – then how do we do this in a way that makes sense? How do we iden­ti­fy before­hand the prob­lems, the issues and the chal­lenges that we’re going to face? The kind of train­ing require­ments we’re going to need, the kinds of changes in reg­u­la­tions, the impact on ben­e­fits – all of these things need to be addressed in advance,” the sec­re­tary told the sol­diers. “And that’s where we want to hear from you all.”

Sta­tis­ti­cal­ly, Gates said, some of the 300 sol­diers on hand for his vis­it here had received a sur­vey that was sent to 200,000 active-duty ser­vice­mem­bers and 200,000 more in the reserve com­po­nents as part of the Defense Department’s review.

“It’s very impor­tant for us to hear from you your views on this,” he said, “and par­tic­u­lar­ly the chal­lenges and issues, or your sup­port of your oppo­si­tion, for that mat­ter, because we need a bet­ter under­stand­ing of how to do this smart.

“I’ve told the Con­gress – I’ve been pret­ty blunt with them – there are two ways to car­ry out change: there’s a smart way, and there’s a stu­pid was,” he con­tin­ued. “If the law changes and we car­ry out this change, I’m deter­mined that we do it smart, and in a way that has the least pos­si­ble impact on our force, on our fam­i­lies and on unit cohe­sion.”

“We will be able to com­plete this review and do all the things nec­es­sary for smart imple­men­ta­tion if the law changes with­out con­straints of time,” Gates said. “So the com­pro­mise that they came up with was not my pre­ferred option, but it is an option I think we can work with, because it won’t rush us to do some­thing stu­pid.”

In addi­tion to sur­vey respons­es, the Pentagon’s review pan­el is gath­er­ing opin­ions at http://www.defense.gov/dadt, where any­one with a Defense Depart­ment com­mon access card can weigh in on the issue.

The Ukrainian Defense Industry – Market Opportunities and Entry Strategies, Analyses and Forecasts to 2016 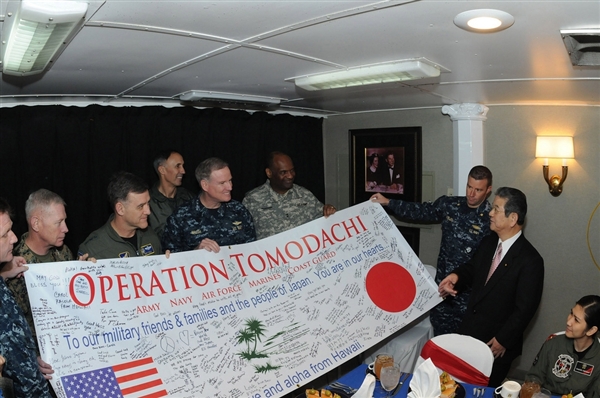