The Indi­an defence min­istry last week announced that a total of 95 mini Unmanned Aer­i­al Vehi­cles (UAVs) will be pur­chased in the near future, to improve the aer­i­al sur­veil­lance and strike capa­bil­i­ties of the Indi­an Air Force (IAF) and the Indi­an Navy (IN).

Sources close to the min­istry said that the process for the pro­cure­ment has already start­ed, and that the bid­ding process is like­ly to be ini­ti­at­ed by the begin­ning of next year.

So far the defence min­istry has not revealed whether they will give pref­er­ence to the local defence man­u­fac­tur­ers dur­ing the pro­cure­ment process. If local equip­ment man­u­fac­tur­ers are not giv­en the pri­or­i­ty, then the Israeli UAVs, like the IAI Heron (Machatz‑1) and the IAI Searcher are like­ly to be the strongest con­tenders to win the bid. The Heron drones are cur­rent­ly oper­at­ed by the Armed Forces in a num­ber of nations, includ­ing Brazil, Cana­da, France, Turkey, and the Unit­ed States. The IAI Searcher is also used by nations such as Rus­sia and Thailand.

The Indi­an offi­cials said that they intend to pro­cure 60 UAVs for the IAF, while the remain­ing 35 units are meant for use by the IN. Out of the total 95 UAV’s to be pur­chased, it is unclear as to how many would be strike drones which are capa­ble of attack­ing the ene­my with mis­sile strikes. The defence min­istry have already placed cer­tain con­di­tions for the future UAV deal, insist­ing that the weight of the UAV should not be more than 5.50 lb and the entire set, includ­ing the oper­a­tional kit should not weigh more than 33 lb.

The Indi­ans hint­ed that they want the UAVs to be light-weight, so that a sin­gle sol­dier will be able to oper­ate them. The cur­rent ver­sion of the IAI Heron weighs more than 550 lb, and it is not clear whether the Israel Aero­space Indus­tries (IAI) will con­sid­er man­u­fac­tur­ing a minia­ture ver­sion for export to India.

The web­site is ded­i­cat­ed to give a com­plete, swift and day-to-day cov­er­age of all the lat­est hap­pen­ings in the world of Indi­an Defence and Aero­space in an accu­rate, objec­tive, cred­i­ble and com­pre­hen­sive manner. 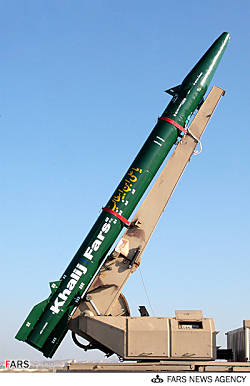