WASHINGTON — Across a wide stretch of dirt and sand, a dozen sol­diers lined up in for­ma­tion, shields at the ready, wait­ing to be attacked by an oppos­ing force. To the side, anoth­er sol­dier watched them intent­ly, look­ing for any dis­crep­an­cies or weak­ness­es in the for­ma­tion.

This group of Michi­gan Army Nation­al Guard sol­diers is deploy­ing to Afghanistan in the next month, and Saenz knows what they learn in New Mex­i­co will affect every mis­sion they under­take over­seas. After the train­ing exer­cise was fin­ished, he gath­ered the sol­diers togeth­er to dis­cuss what could be improved, what worked well and what they’d learned. A New Mex­i­co native, Saenz has been in the mil­i­tary for 18 years, two of which he spent in Iraq. Saenz said his time over­seas improved his skills as an instruc­tor. “We actu­al­ly had direct con­tact, not only with Iraqi nation­als, but also detainees from all around,” he said. “This kind of train­ing was not around when I was a young sol­dier, and I’m glad I’ve been giv­en the knowl­edge I have to show these troops out here.”

Saenz is pas­sion­ate about his job. He laughs and jokes with the sol­diers he trains, but also empha­sizes how impor­tant their mis­sion is. “He tells you what you need to work on, while at the same time telling you what you’re doing right,” said Army Spc. Rebekah Hubers, with the 1776th Mil­i­tary Police Com­pa­ny from Tay­lor, Mich. “He real­ly moti­vates us and keeps our ener­gy high, but also keeps us focused on the task at hand.” Army Spc. Luke Lang­mey­er, also with the 1776th MP Com­pa­ny, explained why Saenz’s train­ing is so important.

“He gets more in-depth,” Lang­mey­er said. “I did­n’t see that back at [advanced indi­vid­ual train­ing]. It’s a good eye-open­er … and re-estab­lish­es why we train the way we do.” Army Staff Sgt. Thomas St. George, also a 5th Armored Brigade instruc­tor, has worked with Saenz for near­ly three years and said he has observed the qual­i­ties that make him a unique and capa­ble teacher.

It is also impor­tant that the train­ing is not con­fus­ing or too com­pli­cat­ed, he added.

“For some of these new­er, younger sol­diers, it’s a good hands-on expe­ri­ence,” said Army Sgt. Scott Stone­break­er, from the 1776th MP Com­pa­ny. “It’s straight­for­ward. It’s cut and dried. There’s no beat­ing around the bush … and it’ll help them out a lot dur­ing detainee ops.”

The Michi­gan sol­diers will be escort­ing and search­ing detainees in Afghanistan, and Saenz stressed that they must not let their guard down at any time. “From my expe­ri­ence out there, the detainees were very com­pli­ant,” he said. “They were very kind and polite indi­vid­u­als. But, at the same time, at any minute they could explode and turn on you. You let your guard down, they’re going to take advan­tage of that.”

Saenz is very con­cerned with mak­ing sure he puts the prop­er infor­ma­tion out to the sol­diers and the trainees, St. George said. “He makes sure that he’s very clear with his instruc­tions. He’s just an out­stand­ing individual.”

Saenz has two daugh­ters. While the 4‑year-old does­n’t quite under­stand what Dad­dy does at work, Saenz said, the 8‑year-old is very curi­ous and proud of her father. “She wants to know every­thing I do out here,” he said. “And I give her a good idea of what I do [and] how much fun I have.”

As Saenz took a look around the area, sol­diers pre­pared for anoth­er train­ing exer­cise, hav­ing made the adjust­ments that he’d sug­gest­ed ear­li­er. “It makes me feel very good,” Saenz said. “I can lit­er­al­ly sleep well at night. I can feel sat­is­fied of the type of job I do out here. “I know that, at one point or anoth­er, I reached out to every one of them,” he added. 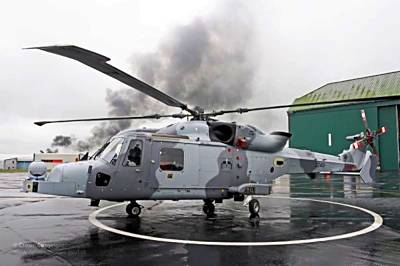 U.S., Pakistan Need to ‘Get it Right,’ Obama Says