VICTORY BASE COMPLEX, Iraq — Despite the strains mil­i­tary life can cause for fam­i­lies, being sol­diers has proven to be a com­mon denom­i­na­tor that has improved the rela­tion­ship of a father and son serv­ing in Iraq.

“We had the typ­i­cal father-and-son rela­tion­ship,” said Army 1st Sgt. Patrick Thomas. “But in advanced indi­vid­ual train­ing, he start­ed ques­tion­ing if he could do this, and I would talk to him and work with him, and from that we start­ed get­ting clos­er and closer.”

“It was dif­fer­ent grow­ing up,” said Army Pfc. Tyler Thomas. “We did­n’t have much of a fam­i­ly life, because he was prob­a­bly deployed every year and a half. Look­ing back, it seems like he was gone more than he was home, on either a deploy­ment or just being at work before I woke up.”

Now, Patrick, senior non­com­mis­sioned offi­cer in charge of the 1st Infantry Division’s Com­pa­ny A, 1st Spe­cial Troops Bat­tal­ion, 1st Advise and Assist Task Force, and Tyler, a mul­ti-chan­nel trans­mis­sions sys­tems oper­a­tor with 50th Expe­di­tionary Sig­nal Bat­tal­ion, 35th Sig­nal Brigade, have reunit­ed and become clos­er as NCO and sol­dier, and as father and son, while they serve in sup­port of Oper­a­tion New Dawn.

The son of a retired com­mand sergeant major, Patrick enlist­ed as an infantry­man, and, after com­plet­ing basic and advanced indi­vid­ual train­ing, attend­ed air­borne school. His first assign­ment was at Fort Bragg, N.C., with the 82nd Air­borne Division’s 505th Para­chute Infantry Reg­i­ment, and he deployed in sup­port of Oper­a­tion Desert Shield.

The Mobile, Ala., native said he cred­its his father for being the sol­dier he has become and hopes to influ­ence Tyler in the same way.

“When I was younger, if I was doing some­thing wrong or messed up, as my dad, he would talk to me. If it came to me get­ting hemmed up and my sergeant major called him, my dad would say he did­n’t care, because the stan­dards are the stan­dards,” Patrick said. “And I treat Tyler the same way. You have to teach him to be a sol­dier, and that’s some­thing my dad did for me grow­ing up in the army.”

Tyler agreed. “There’s a lev­el of pro­fes­sion­al­ism we keep,” he said. “Just like any oth­er NCO, he’s not my dad when I’m wear­ing my rank and he’s wear­ing his.”

That is how Tyler learns, his father said, and that is how he will build him­self to be a bet­ter leader.

“[Being a sol­dier] has def­i­nite­ly helped my rela­tion­ship with my dad,” Tyler said. “I was­n’t mak­ing the best deci­sions, and I prob­a­bly did­n’t live up to his expec­ta­tions, but I can say after I grad­u­at­ed basic train­ing, it’s con­tin­ued get­ting better.”

Tyler also began his ser­vice at Fort Bragg and deployed to Iraq with­in six months, fol­low­ing the same path his father set out on 20 years ear­li­er. Patrick said he shares a series of inter­est­ing and unique expe­ri­ences with Tyler.

“In Octo­ber 1990, I deployed for the first time in sup­port of Desert Shield/Desert Storm,” he said. “I remem­ber that Christ­mas Eve, I came off guard duty and the phones were open to call home. So I called my wife, and her dad said she was in the hos­pi­tal hav­ing my son.

“I told Tyler on his 20th birth­day last Decem­ber, that it’s crazy because he will turn 21 here,” he con­tin­ued. “I was here all those years ago when he was born. Now he’s here, help­ing to close out what I started.”

Although Patrick makes it clear to Tyler that he is bound to ful­fill his duties as a sol­dier, he said he has not tak­en for grant­ed the moments the two have shared so far.

“I went to his basic train­ing grad­u­a­tion from Fort Gor­don [in Geor­gia],” he said. “It brought a tear to my eye, espe­cial­ly see­ing him as a father. You think, ‘Is he going to do good? Did we do every­thing we could as parents?’ ”

Patrick added that see­ing Tyler on the parade field in his uni­form and beret dur­ing grad­u­a­tion made him proud as a father.

“I can’t mea­sure how proud I am of Tyler,” he said. “I’m ecsta­t­ic he’s done some­thing with him­self. Will he ever know how proud I am? Oh yeah, he gets tired of me telling him.”

And Tyler con­tin­ues to try to earn and rec­i­p­ro­cate his father’s pride.

“If there’s one thing I’ve learned from my dad, it’s that it takes years to build a rep­u­ta­tion and a day to mess it up,” he said. “There’s a con­tin­u­ous proud moment of know­ing how much he has accom­plished, how hard he’s worked, and how many crazy things he’s done that no one but his lit­tle group will ever know about.”

National Guard (in Federal Status) and Reserve Activated as of March 8, 2011 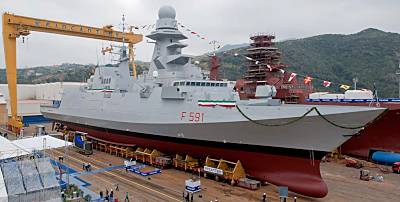