FORT MYER, Va., April 27, 2011 — Army Gen. William E. “Kip” Ward reviewed and salut­ed the troops for the last time yes­ter­day on Sum­mer­all Field parade ground here as he retired from a career that spanned four decades and cul­mi­nat­ed in his ser­vice as the first com­man­der of U.S. Africa Com­mand.
“This has been an expe­ri­ence for Kip Ward,” the gen­er­al said. “I would not trade it for any­thing. I leave this posi­tion proud­ly, hon­or­ably, humbly.”

Africom stood up its head­quar­ters in Stuttgart, Ger­many, in Octo­ber 2007.

“From Soma­lia to Cairo to Israel and Stuttgart, and back home again, Kip Ward has dis­tin­guished him­self in each and every assign­ment,” McHugh said. “On behalf of the U.S. Army Kip, ‘Job well done.’ ”

McHugh not­ed Ward is a Bal­ti­more native and the son of a World War II com­bat engi­neer who served at a time when the Army was segregated.

By fol­low­ing in his father’s foot­steps, McHugh said, Ward’s career is an inspiration.

“That a son of a sergeant in a seg­re­gat­ed Army would rise through the ranks to become one of only a hand­ful of African-Amer­i­cans in our nation’s his­to­ry to attain the rank of four-star gen­er­al is a tes­ta­ment to the integri­ty, tenac­i­ty, char­ac­ter and the abil­i­ty of Gen­er­al Kip Ward,” the Army sec­re­tary said.

Ward said he was 22 years old when Air Force fight­er pilot Daniel “Chap­pie” James Jr. -– who lat­er would become the first African-Amer­i­can four-star gen­er­al — com­mis­sioned him as an infantry offi­cer in 1971. Ini­tial­ly, Ward said, he thought he’d spend four years in the Army and then go to law school.

“But as the years went on,” Ward said, “it became clear­er that serv­ing my coun­try and tak­ing care of my team­mates was a pret­ty ful­fill­ing under­tak­ing … in a way I saw my dad do it.”

Wear­ing a star, Ward told the crowd of well-wish­ers, does­n’t mean it belongs to the one who wears it.

“[It belongs] to all the aspects of one’s life that cre­at­ed the oppor­tu­ni­ties, and to the caus­es that led to that star,” he said. “I have proud­ly worn the cloth of our nation. … I nev­er left a fall­en com­rade. I remain proud to serve. I am a soldier.”

As a com­man­der, Ward said, he shared his com­mit­ment to his troops with an equal com­mit­ment to their fam­i­lies. One of his priv­i­leges dur­ing his career, he said, was meet­ing America’s sons and daugh­ters, and car­ing for their families.

“There is no greater hon­or,” he said. 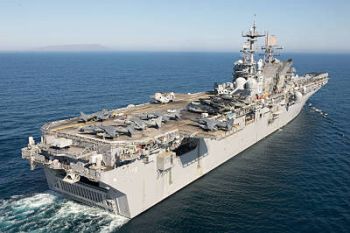