WASHINGTON, Dec. 11, 2010 — Attend­ing this year’s Army-Navy foot­ball game at Lin­coln Finan­cial Field in Philadel­phia today, the chair­man of the Joint Chiefs of Staff praised the con­tri­bu­tions of U.S. mil­i­tary mem­bers serv­ing around the globe.
Just before the kick­off, Navy Adm. Mike Mullen described the annu­al Army-Navy game as “a field of strife” that fea­tures play­ers from “two great insti­tu­tions” -– the U.S. Naval Acad­e­my at Annapo­lis, Md., and the U.S. Mil­i­tary Acad­e­my at West Point, N.Y.

This year’s Army-Navy foot­ball game is the 111th since the first of the con­tests was played in 1890.

The chair­man salut­ed the Army and Navy foot­ball play­ers, not­ing that their grid­iron exploits serve as an inspi­ra­tion for U.S. troops worldwide.

The “spec­tac­u­lar young men on the field,” Mullen said, “rep­re­sent young men and women that are the best we have in the country.”

Mullen also was asked about his over­seas trav­els to meet and talk with ser­vice­mem­bers deployed in Iraq and Afghanistan. Troop morale is “real­ly ter­rif­ic,” the chair­man said, adding that progress is being made in both coun­tries, par­tic­u­lar­ly in Afghanistan.

“I could­n’t be proud­er of this great mil­i­tary,” he said.

Mullen grad­u­at­ed from the Naval Acad­e­my in 1968, and not­ed today that his first date with his wife, Deb­o­rah, was at the Decem­ber 1967 Army-Navy game.

The admi­ral was asked if it was dis­tress­ing for him to appear to be impar­tial about the out­come of today’s game, giv­en his posi­tion as the senior mil­i­tary leader of all the services.

“Impar­tial­i­ty is dif­fi­cult, even though I’m a ‘joint’ guy,” Mullen said. 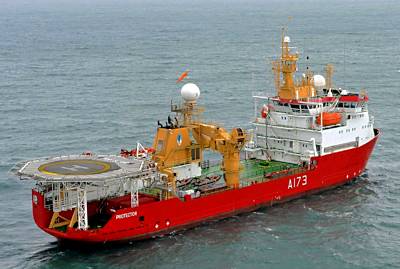