Brown, who also served in Oper­a­tion Iraqi Free­dom, began his career with the 101st Air­borne Divi­sion, and is serv­ing with the Scream­ing Eagles again as his career draws to a close. As the 159th Com­bat Avi­a­tion Brigade’s liai­son offi­cer to the Air Force’s 702nd Expe­di­tionary Air­lift Squadron, which sup­ports Region­al Com­mand ï¿½ South here, Brown is in no hur­ry to retire. “Call it patri­o­tism or call it my admi­ra­tion of the Army’s prin­ci­ples — its orga­ni­za­tion­al objec­tives and goals, its per­for­mance over the decades in areas not only of mil­i­tary suc­cess, but what I think of as social equi­ty,” he said. “But your life’s works need to have a high­er purpose.”

Explain­ing how his career began, the Okla­homa native said it was a $5 bill that trans­formed his boy­hood dream into real­i­ty in 1971.

“My moth­er asked me how I knew I want­ed to be a pilot if I’d nev­er flown, so I went to the local air­port, paid $5 and rode in a Piper 140 air­plane for about 20 min­utes,” he said. “Then I walked right into the Army recruit­ing office and said, ‘Send me to flight school.’ ”

The recruiter told then-19-year-old Brown about a pro­gram called “High School to Flight School.” Still in his first semes­ter of col­lege, he knew flight school was a good oppor­tu­ni­ty, so he took it. His moth­er had reser­va­tions about him going to war, but knew that flight school was some­thing her son would nev­er be afford­ed any oth­er way.

“He always want­ed to be a pilot, even when he was a lit­tle boy, play­ing with [toy] air­planes,” his moth­er, Bet­ty S. Ter­ry-Schmidt, said. “It did not sur­prise me that he chose to be a pilot.”

Fol­low­ing basic train­ing at Fort Polk, La., Brown went on to pri­ma­ry flight school at Fort Wal­ters, Texas, and advanced flight school at Fort Ruck­er, Ala. Even then, Brown was a force to be reck­oned with. As the cus­tom held on the day of a pilot’s first solo flight, fel­low stu­dents would throw the pilot into the local swim­ming pool.

“I evad­ed them suc­cess­ful­ly for about two hours, which, at that time, I think was a record,” Brown said. “Then, of course, I was final­ly caught and thrown into the pool.”

Brown proved to be an excep­tion­al begin­ner pilot and grad­u­at­ed at the top of his class. This dis­tinc­tion earned him the priv­i­lege of choos­ing which air frame he would fly.

“I knew Viet­nam was a hot and mug­gy place,” he said. “There was one air­craft with air con­di­tion­ing, so I went with the [AH‑1] Cobra. Besides that, I knew if some­body shot at me, I could shoot back.”

And choos­ing the Cobra guar­an­teed Brown would get shot at. “The ques­tion was not ‘Who’s going to Viet­nam?’ ” he said. “If there was one or two not going to Viet­nam, that was the unusu­al part. Every­one was going to Viet­nam — me, espe­cial­ly, when I chose the Cobra. That was 100 per­cent assur­ance you were going.”

While Brown embraced the adven­ture on which he was about to embark, his moth­er strug­gled to tem­per her fears with the sup­port she knew her son needed.

“As a moth­er, I was anx­ious. Not about him leav­ing, but about him going into war,” Ter­ry-Schmidt said. “I could under­stand his feel­ings, though. He was very deter­mined, so I could only back him.”

Rather than feel­ing fear or anx­i­ety about head­ing to war, Brown chose to think pos­i­tive­ly. “We were appre­hen­sive about what could hap­pen in Viet­nam,” he said. “At the same time, we were young and bold, and we would be the ones to beat the odds.”

While Brown beat the odds, not all of his bud­dies did, nor did the ene­my. But despite the casu­al­ties he saw in Viet­nam, he said he nev­er expe­ri­enced post-trau­mat­ic stress the way some vet­er­ans have. “I was young and naive enough that it did­n’t faze me,” he said.

His job as a gun pilot was to take down the ene­my by any means nec­es­sary, and he did his job. “Non­mil­i­tary peo­ple don’t under­stand, espe­cial­ly back in the days of Viet­nam,” he said, “and if you can’t deal with that part of it, the mil­i­tary may not be a career path you should take.”

“He was always a strong young man, and he knew what he had to do,” Ter­ry-Schmidt said.

Back at home, Ter­ry-Schmidt had to endure long gaps in com­mu­ni­ca­tion from Brown, with only the news to keep her informed. Some­times it would be three weeks or longer before she’d hear from him.

“It would seem like for­ev­er,” she said. “I was always anx­ious for his safety.”

To keep her mind off the peri­ods of no news from her son, she kept her­self occupied.

“At that time, I was work­ing, and I had younger chil­dren still at home, so in the day­time, I was busy,” she said. “At night time, I would think of him, and of course, I did a lot of pray­ing, trust­ing that God would take care of him and my prayers were answered.”

Com­mu­ni­ca­tion then was not like it is today, where sol­diers can have con­tact with fam­i­ly and friends at most any time of the day, Ter­ry-Schmidt said. This time around, she hears from her son a few times a week.

Improve­ments in com­mu­ni­ca­tion have improved not only sol­diers’ morale, it also has improved how they fight wars, Brown said.

Through­out his career, he has become qual­i­fied on 11 types of air­craft — both rotary and fixed wing — some with mul­ti­ple mod­els, like the UH‑1 Huey mod­els B, C, D and H. He has deployed five times.

“I feel more con­fi­dent with him being in Afghanistan than I did with him in Viet­nam because of the expe­ri­ence he has now,” Ter­ry-Schmidt said. “I know he is a very care­ful pilot. He knows his abil­i­ties. I know he wish­es he was not in Afghanistan, but that’s where his duty has led him, and I respect him for that.” 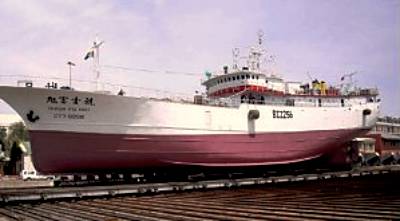