WASHINGTON, Feb. 9, 2011 — Spe­cial oper­a­tions forces today are the best Amer­i­ca has ever had, and are a good exam­ple of the military’s need to plan now for con­tin­ued suc­cess in the future, the nation’s high­est-rank­ing offi­cer said yes­ter­day.
Navy Adm. Mike Mullen, chair­man of the Joint Chiefs of Staff, spoke dur­ing the awards ban­quet of the Nation­al Defense Indus­tri­al Association’s 22nd Annu­al Spe­cial Oper­a­tions and Low-inten­si­ty Con­flict Sym­po­sium.

“We are heavy into Afghanistan,” Mullen said, “and we need every­thing we learned in Iraq to do what we’re doing in Afghanistan.”

Look­ing ahead, Mullen said, the ques­tion becomes one of endurance. “We’re in our tenth year,” he not­ed. “How long can we do it? Some­how we’ve got to fig­ure out how to cre­ate a lit­tle more bal­ance as we look to the future.”

Bud­get pres­sure also is increas­ing, the chair­man said, and no one is immune to that pressure.

“Every dol­lar counts and we have to fig­ure out how to spend our mon­ey wise­ly,” he said. “At some point in time -– and I cer­tain­ly don’t speak to the wars that we’re in, because we can’t back off there -– but at some point in time, we have to ask our­selves, ‘What are we going to stop doing?’ ”

The health of the force and eco­nom­ic real­i­ty will require the mil­i­tary to even­tu­al­ly scale back, the admi­ral said. The military’s chal­lenge in deal­ing with decreased fund­ing, he added, will be to approach avail­able resources with a team mentality.

“We’ve got to go through it togeth­er,” Mullen said. “And we’ve got to come through actu­al­ly a stronger force, ready to con­tin­ue to meet the chal­lenges that are out there.”

Navy Adm. Eric T. Olson, com­man­der of U.S. Spe­cial Oper­a­tions Com­mand, has spo­ken of the nation’s spe­cial oper­a­tions forces “fray­ing around the edges” as a result of ever-increas­ing demand for their con­tri­bu­tion to the war effort over the past decade, Mullen said, and that’s some­thing the Defense Depart­ment has to take into account.

“We are built to run through walls, or as we say in the Navy, bulk­heads,” he said. “We are not built to stop, ever. We are built to suc­ceed in these mis­sions, which we must con­tin­ue to do.” But lead­ers have to decide how to pri­or­i­tize and bal­ance mis­sions to sus­tain the force for the long run, the chair­man added.

Spe­cial oper­a­tions forces typ­i­cal­ly tell him their fam­i­lies are “doing well,” even after nine or 10 deploy­ments, Mullen said, not­ing that he often gets the same answer from their spouses.

But his wife, Deb­o­rah, hears a dif­fer­ent real­i­ty from the spous­es, he said.

Mullen said he does­n’t under­es­ti­mate the chal­lenges ahead, either in the fight or at home.

“We can’t wish them away, because they’re not going to go away,” he said. “They’re only going to grow in time.”

The chair­man said the approach tak­en by Spe­cial Oper­a­tions Care Coali­tion, which tracks, sup­ports, and advo­cates for spe­cial oper­a­tions forces’ wound­ed, ill, and injured ser­vice mem­bers and their fam­i­lies, must expand across the entire military.

The Care Coali­tion is the gold stan­dard for the wound­ed, their fam­i­lies, and the fam­i­lies of the fall­en, he said.

Mullen said over the next four or five years, spe­cial oper­a­tions forces and the mil­i­tary in gen­er­al will have to answer ques­tions about how to come out of the fight and wind down, but still keep the best non­com­mis­sioned offi­cers and offi­cers in the force to be ready for the future.

“It’s not that far off, and that’s not some­thing that we should deal with in terms of a cri­sis,” he said. “We ought to rec­og­nize that’s out there –- and [ask our­selves], ‘How are we going [to] transition?’ ” 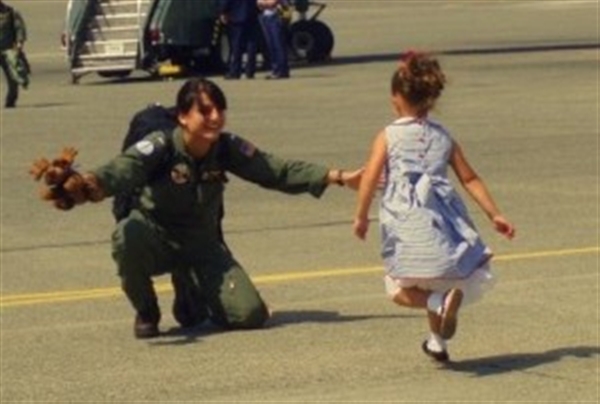